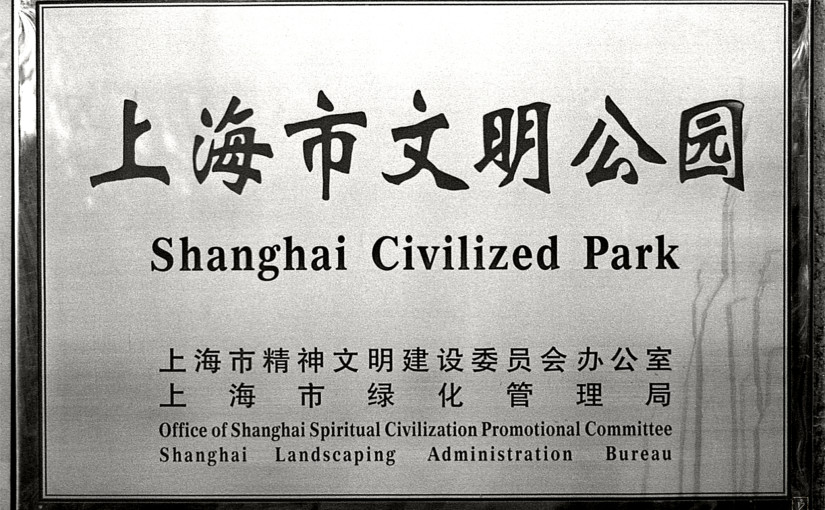 These pictures were taken in Shanghai from the beginning of 2012 to the end of 2013 with some interruptions inbetween. The title of the project refers to an award granted to the “civilized” parks there, in preparation for the World Expo 2010. “Civilized” here means close adherence to the principles of a so-called socialist culture. The plate displaying this award can be seen at the entrace of nearly every park in Shanghai, so I found it a fitting name for this spread of pictures as well.

In May 2014, the pictures were exhibited in the Asian-Afrika-Institut of Hamburg University, in cooperation with the Konfuzius Institut Hamburg e.V. and the Hamburger Sinologische Gesellschaft e.V.